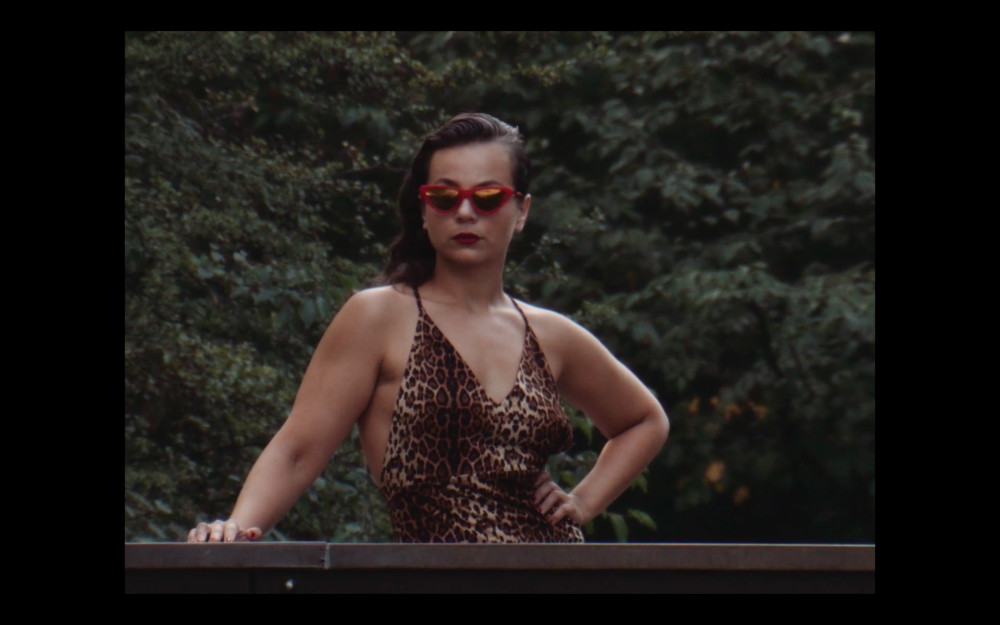 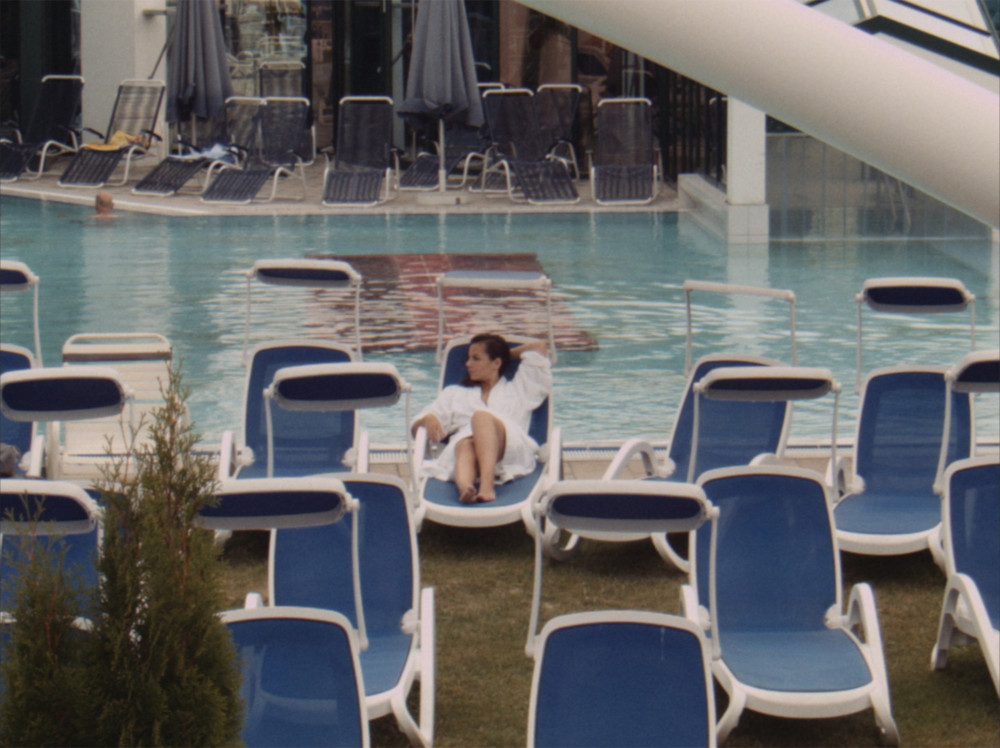 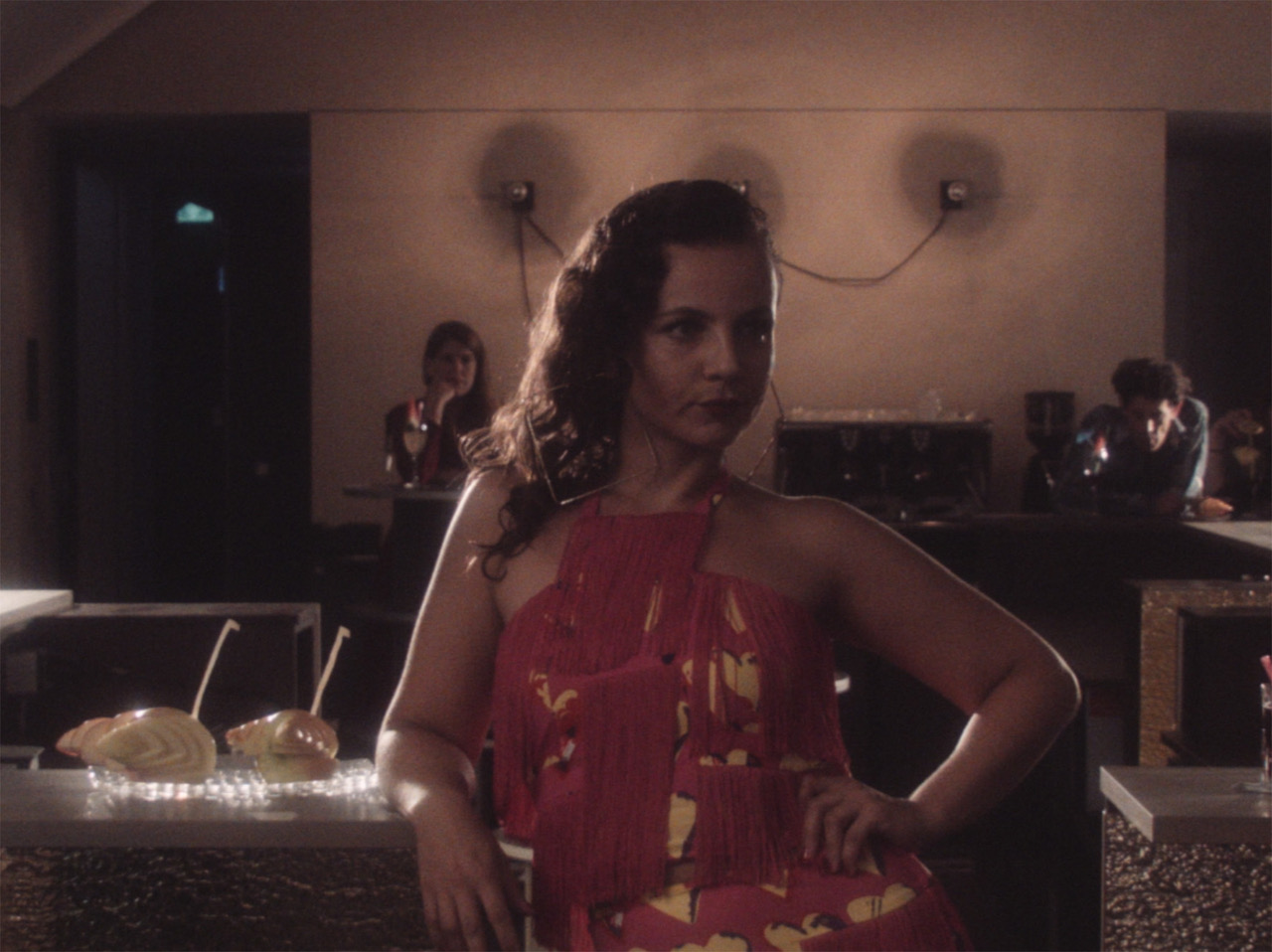 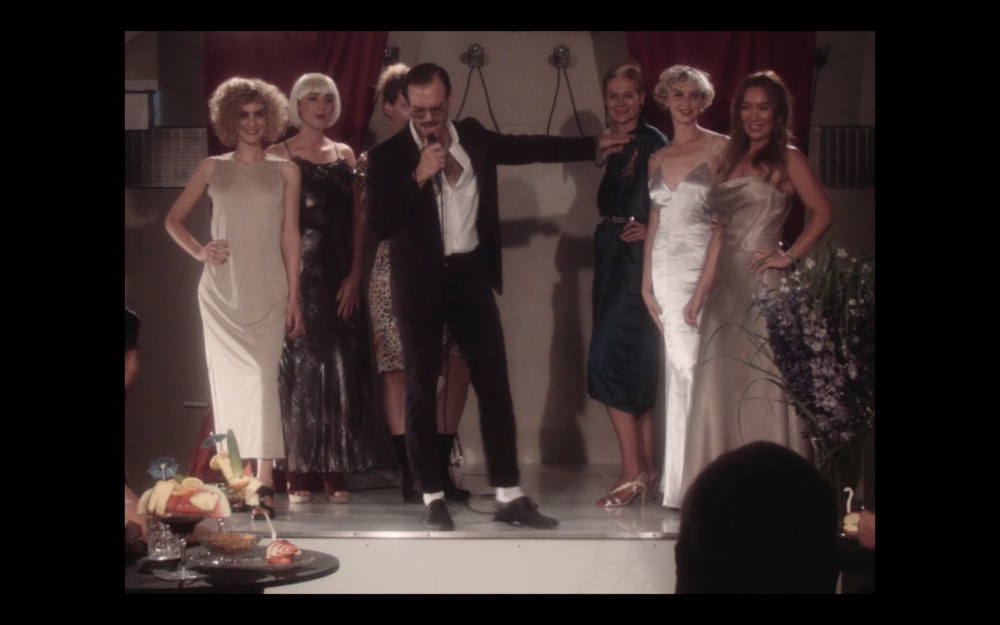 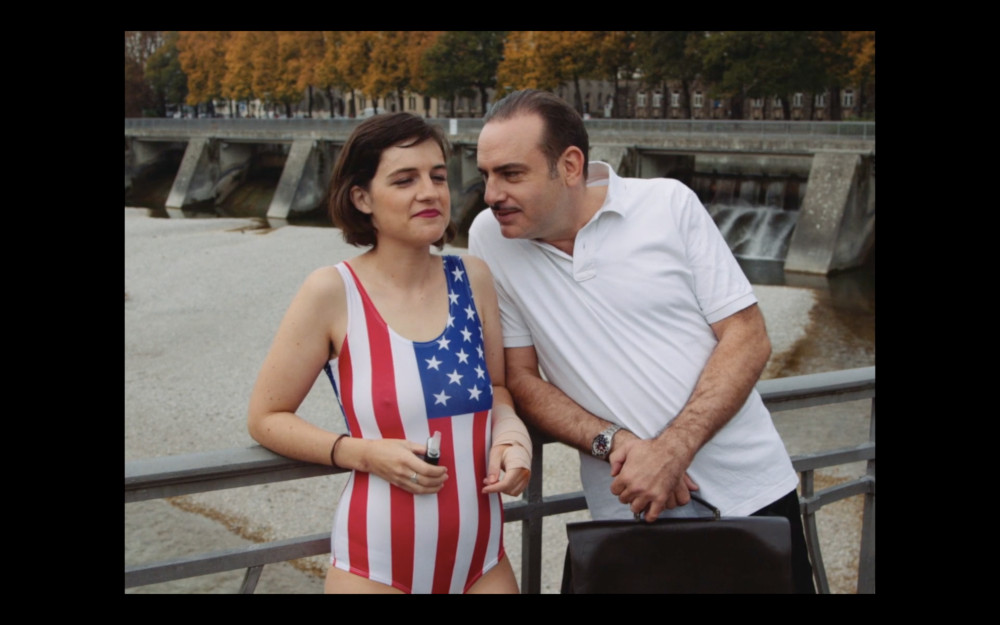 Why do you want to become Super Blonde 3000? To fill up your inner emptiness with the attention of strange men? Jovana Reisinger makes stylish shorts that place bad taste front and centre. Films wherein a wretched man masturbates under a window and a greasy bloke is the judge a beauty contest. Empowerment? Not so fast… In pretty girls don’t lie, Reisinger also turns the camera on herself, dolls herself up, turns herself into an object of desire and a victim; at the same time, she’s also a perpetrator who leches after a hot dude and every so often rolls her eyes with flagrant nonchanlance. A film somewhere between comedy, fairy tale, parody and drama, reminiscent of the Munich group directors Klaus Lemke and Rudolf Thome: absurd, familiar, playful, coquettish.

A young woman poses while smoking in front of a wallpaper. The image is flat and square; a palm tapestry isn’t suitable as a setting. Aren’t You Happy? starts from the premise that the neoliberal world can no longer be saved from its artificiality and power structures. “If this were a film, for example…,” muses the woman, debunking the notion of cinema as refuge. Susanne Heinrich’s film knows that the mere act of narrating is already incriminating and tries out the alternative: her film’s squeaky pop world is at once ominously cultish and provocative. Since the catastrophe has already happened, become normality, a funny sensation of emptiness reigns. An initially disarming and then radical film that plumbs the depths of intolerability. Given that feminism is insufficient, Heinrich takes apart entire human concepts.

Feminism is omnipresent, ought to be self-evident, yet remains a struggle. But how does it become film? As an object, a mode of production, an aesthetic? Feminism as performance, screening and exhibition.

By continuing to browse the site you are agreeing to our use of cookies.