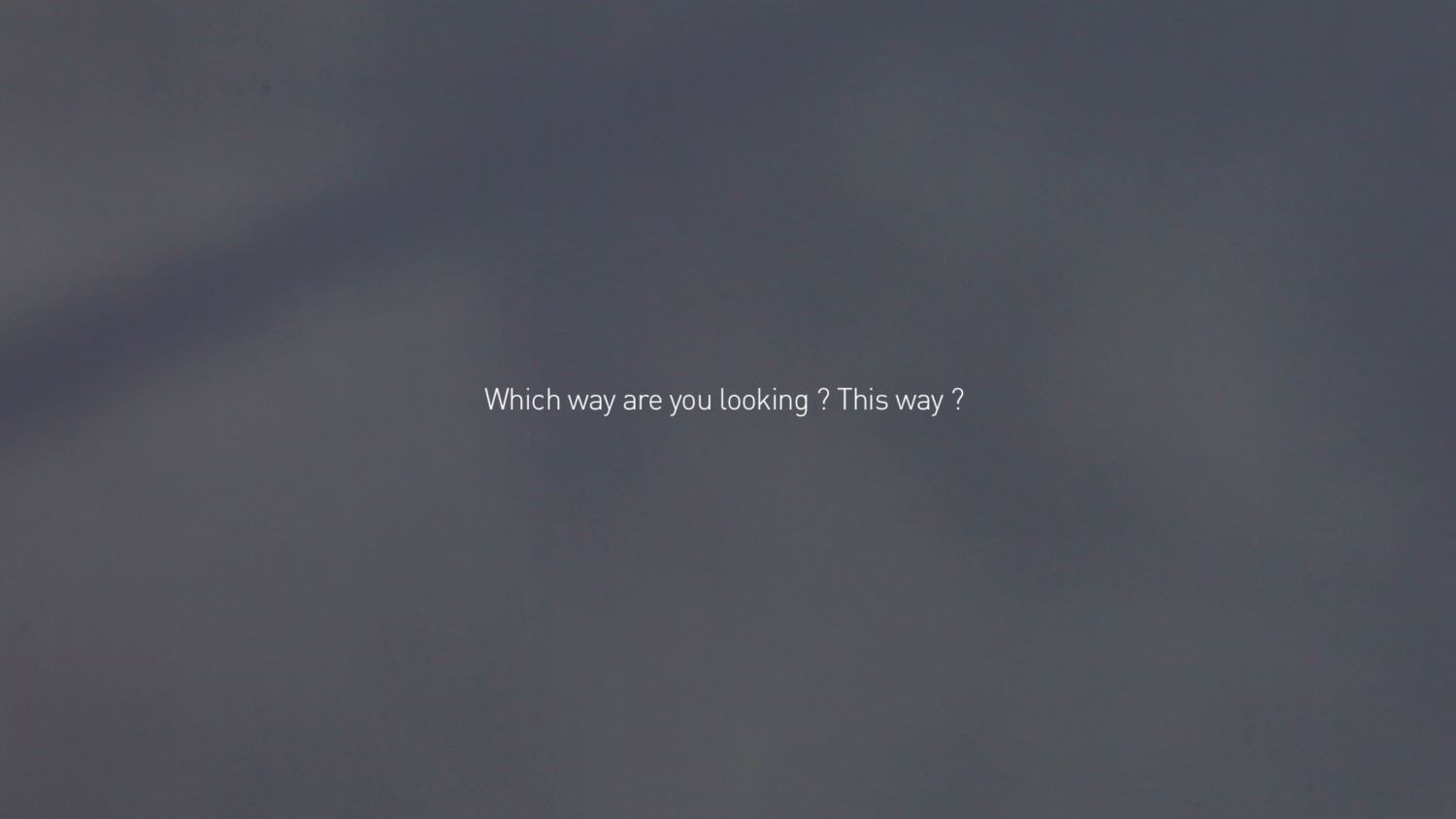 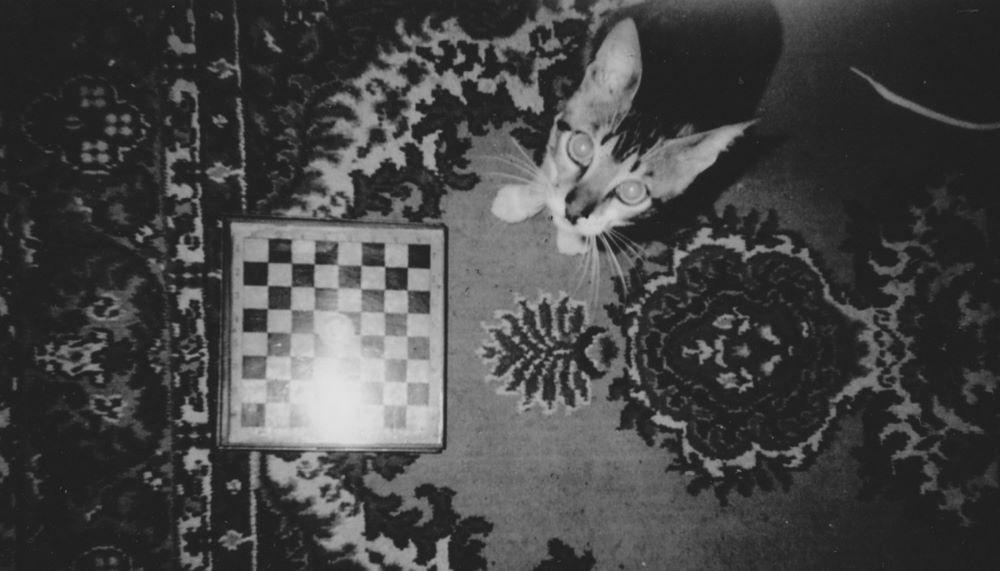 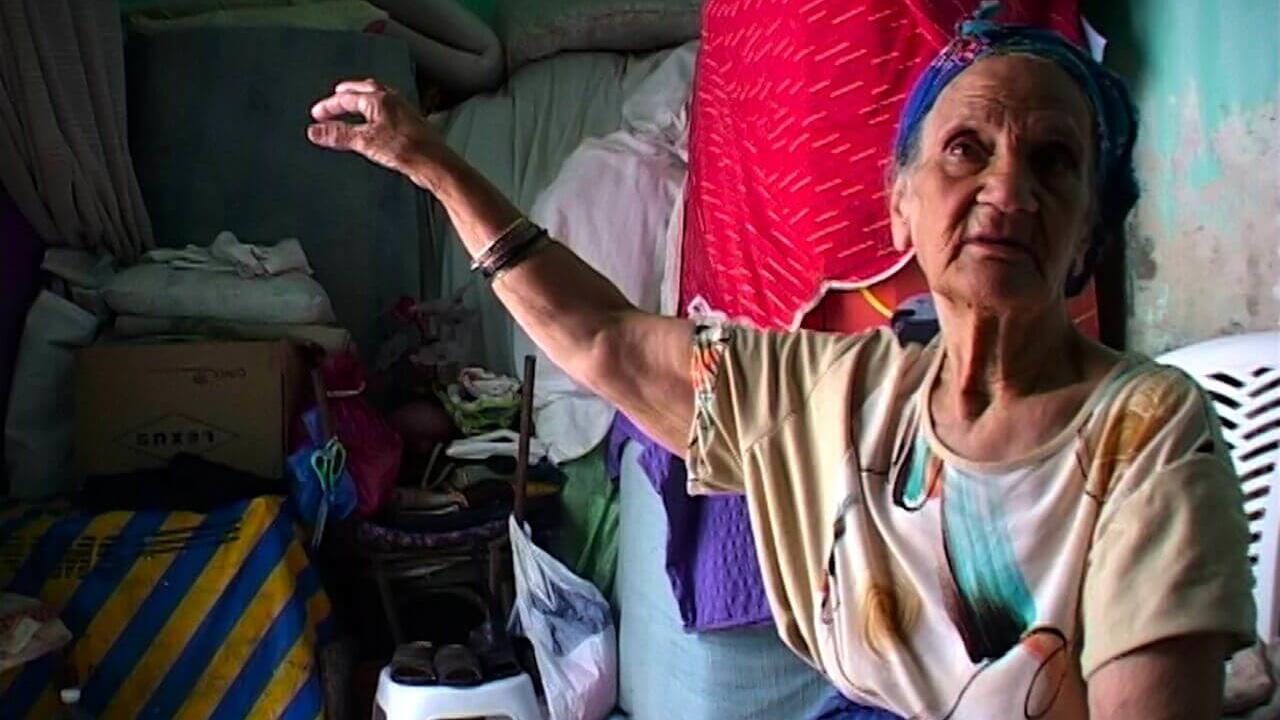 How to make sense of the fractures wrought by colonial legacies, the intrusions and ruptures that reverberate across generations and alienate the colonized from themselves?

Historically,  when it comes to this sort of reckoning, cinema has made for perilous terrain; after all, few tools have been more politically useful to empire. But it’s this past that makes Ismaïl Bahri’s Foyer so fascinating. For the duration of its half-hour runtime, Bahri directs his camera at a white sheet of paper for what he calls “a study on light.” The wind or the sun continually shifts the gradations in the shade and hue of the paper—whether it appears more gray or brown than white—but the image in the shot almost never changes, apart from a brief slip that gives us a glimpse of pale gravel or perhaps ivory soil. (Fittingly, it turns out, for “foyer” in French can mean home or hearth, as in a fireplace, a source of light or heat.)

No one ever appears on screen, but various passersby—an amateur photographer, a policeman, and a group of young men among them—stop to hold conversations with the director. In lieu of the visual, sound—traffic and distant chatter—sets the scene, and dialogue takes precedence. Inevitably they speak of cinema and spectatorship, Tunisian identity, and Bahri’s own liminal condition as a Tunisian filmmaker living in France. Someone calls his project “touristic,” not a far cry from “voyeuristic,” which Bahri avoids by supplanting traditional imagery, by refusing to reproduce colonial looking relations.

Likewise, Mouaad el Salem’s pensive diary film This Day Won’t Last largely obscures faces in favor of silhouettes and bodies: lean shoulders, crossed legs, tattooed backs, a blinking eye in close-up. Steering us through a collage of home video and intimate photographs, the director’s narration reflects on a leftover of French colonial rule, Article 230, which criminalizes homosexuality in Tunisia. The introspective, vaguely surrealist self-portrait harnesses landscape—foliage, flowers, a tree-lined cemetery—for the garden metaphor through which it makes sense of cultural “roots.” And foreign intrusions, like split-second blips of Disney’s The Little Mermaid and Spider-Man, perhaps represent the enduring slippages of outside dominion into daily life. Ultimately, the fractured, clandestine representation of an “invisible” queer youth in the film’s early moments gives way to an embodied community, with footage from an LGBTQ protest against violence.

Each of these short films in its own way confronts the looming specter of Europe. El Salem clings to the collective, to home, but briefly muses on the possibility of flight and the potential trauma of that break with one’s origins. Brussels filmmaker Fairuz Ghammam, with co-director El Moïz Ghammam, considers the inheritance of that split in Oumoun, when she plays a recording of her reading a letter to her grandmother in Mahdia, Tunisia. For the whole of the film, the camera is trained on the elderly woman as she casually remarks on changes in their family and the country, and, rather pointedly, inquires about transportation. She’s quite curious about how her children and grandchildren will make their way to her—whether by train or bus or taxi. Her questions turn out to be poignantly thematic. At the conclusion of the film, we watch her reaction to Ghammam’s letter, which expresses appreciation for her grandmother’s sacrifice: “I am the fruit of your decision to send some of your sons to Europe.” The letter also reveals that while they usually communicate in “gestures,” Ghammam is reciting the letter in her grandmother’s language, Tunisian Arabic. In this way, Oumoun charts all the ruptures left by the colonial infrastructure—these generational migrations and divisions—and in this moment of connection, of shared language and lineage, bridges a path home.

Back to Film Texts

By continuing to browse the site you are agreeing to our use of cookies.