If there’s one thing one always suffers from at the Berlinale it’s seriousness. And pathos. Okay two things. At the Berlinale one is overwhelmed with serious stories – about abandoned children, and suffering refugees, films (usually bad to middling ones) designed to be taken at the first degree, constructed to evoke an easy placid outrage or a permissible and insignificant feeling of light revolt before one heads off to the post-screening wine table.

Andrzej Żuławski’s Cosmos – manic, nonsensical, impassioned, mischievous – is a healthy antidote to all this chucking overboard its needless ballast of literality, and allowing the film to soar into a realm of possibility (can one even have literality in cinema? or shouldn’t it be called cinemarality? Cinema-reality?). The result is literate instead of literal. Cosmos goes farther than simply lifting the text of Witold Gombrowicz’s novel upon which it’s based, but borrows from it the density of literature, a density so often missing from an arthouse cinema plagued by films no more than one idea thick.

“Words words words” mutters Witold, our mad literary protagonist (who was apparently, as we ultimately discover, never writing the novel he wished to, but the film we are now seeing, à la Tristam Shandy) quoting Shakespeare in the moment Hamlet answers Polonius’ question about what he is reading. Words, reminds us Shakespeare, reminds us Hamlet, remind us the two Witolds, (both author and character) are no more the world than they ever were. And the same goes for the pictures. 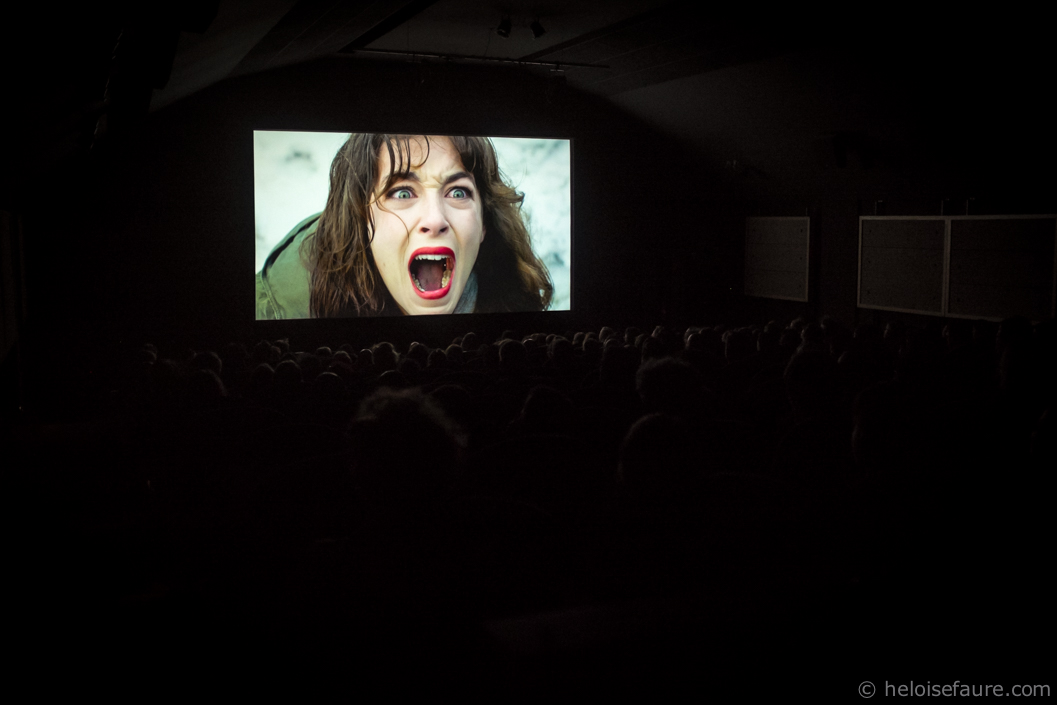 “Images images images” Witold could have just as likely scoffed, abrogating with a insouciant wave of the hand (and movement of the camera?) the encumbrous bulk of naturalism, realism, seriousness, pathos, whatever you want to call it. Literature informs us of something that film directors (in the West at least) seem to have mostly forgotten over the last decade (yet of which Żuławski’s characters inquesting into the mysterious murder of a feline are all-too aware): symbols are symbols are symbols. The toads, hammers, painted fingernails, lips, beds, meals in Cosmos are no more the things themselves then are the words used to describe them-um. And since cinema is no less an artifice than literature (or have we already forgotten? A mere few decades since post-structuralism, and the reactionaries have already re-imposed their unhealthy beliefs on our seventh art) why not at least have fun with it?

And Andrzej Żuławski does. And so do we (What? Cinema? Fun? Ha!). Rhyme replaces reason (or has one forgotten the possibilities of poetics?), alliteration replaces earnestness, and play replaces acting (jouer remplace le jeu).

It is not that Cosmos is a fantastical film, or even a surreal one (that would presuppose a realism in which Żuławski does not seem to believe) rather Cosmos is an assertive rejection of the idea of any sort of natural real (and even the wisdom thereof), and as the credits roll, the final reflexive images of the production itself (lights and dollies and booms) remind us of a bygone (and somewhat nouvelle-vague-ish evidence: there is about as much correspondence between reality and a rectangularly-restrained montage-manipulated sound-edited monocular two-dimensional image moving at 24 frames a second as there is between an apple and a shoe.

Vorheriger Beitrag Blog #5/16 - That Most Important Thing: Love
Nächster Beitrag Blog #3/16 - Radikalität als reine Behauptung
Zurück zu den Beiträgen
By continuing to browse the site you are agreeing to our use of cookies.