The opening of Woche der Kritik unfolded under the header of ‘Aura’, the theme of the discussion of the night, and sought by way of filmic works and critical reflections to bring about a heightened consciousness of aura in film. Thus, the Woche proposes to view film and criticism as part of the same venture, intertwined and intimately connected: film and criticism should ideally be part of the same movement.

The critics should not treat the film as a document on a given theme, nor should they necessarily try to reflexively analyze or judge the work at hand. Instead criticism, as layed out by the Woche der Kritik, should strive to be a continuation of the cinematic work. The trembles and ripples of each specific film ought to be found in the voice of the critic. Quite fittingly, this ideal tells us something about the very aura of cinema itself. 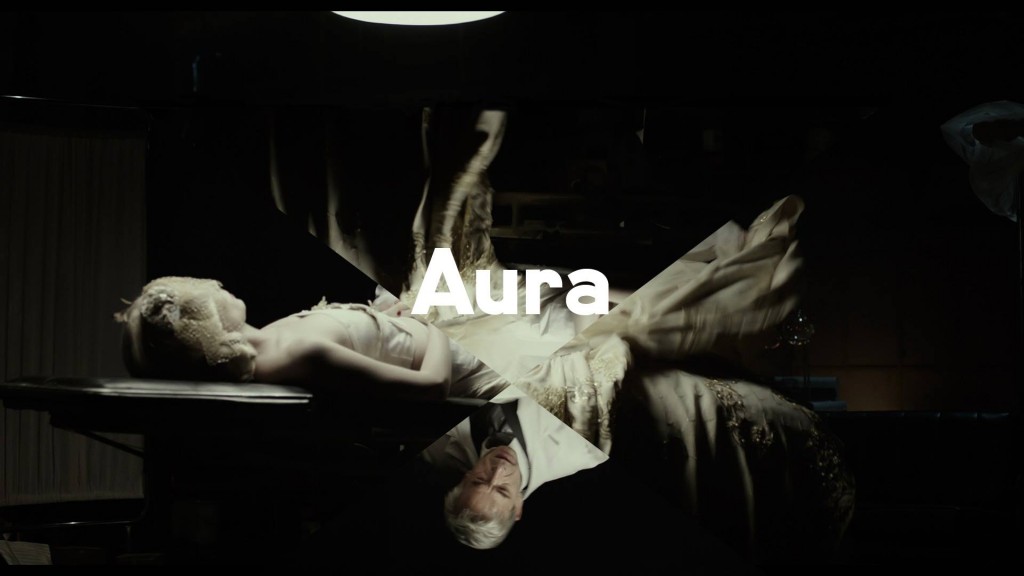 Cinema is, of course, one of the most magical forms of artistic expression. We have known this since at least Jean Epstein (wonderfully developed by Edgar Morin): the cinema has a magical, animistic, cultic, archaic and ritualistic undercurrent. In its very essence cinema is fundamentally auratic. This is not so much a question of cinema being able to show us objects with a certain aura. Nor is it that a given film tells us of the experience of aura. But the very act of cinematic becoming holds a ray of aura in itself.

One of the most poignant aspects of this fact stems exactly from a sort of continuation or connectedness that we find in Woche de Kritik’s view on criticism. Criticism should melt into film; criticism should be an organic outgrowth of film. Criticism should connect, link and bind. As is it with cinema’s aura: the animistic totem is one that strings together, one that sets places in motion and relation to each other.

One of the fundamental aspects of the auratic radiation of cinema is its wondrous ability to bring places near, to string together different sites, to create completely abstracted geographies and thus to create new worlds. What is more auratic than the sensation of lingering on the verge of a new world? Cinema and criticism are mediums, gateways and passages to foreign lands.

Does this sound familiar? Maybe. Yet, this has often been stated in relation to the inherent modernism of cinema. The medium’s ability to abstract places has been seen as a quintessentially modern characteristic. This should, however, be viewed as exactly the opposite: cinema was always old, always a ritual, always timeless. And this ought to bring some comfort in a time where cinema is constantly deemed not modern enough, lacking behind our technological radicalization: cinema was never modern. And therein lies its aura.

So how does this aura radiate in a work of cinema and how does a specific film relate to the medium’s auratic potential as such? To show and to discuss this remains one of the critic’s obligations and this nights Woche der Kritik screening provided an opportunity to do so. ”It’s not ideas, it’s techniques.” With these words General Aramburu warns of a torture-regime surpassing his own. Aramburu is the former dictator of Argentina and the third of three haunted protagonists in Pablo Agüero’s EVA DOESN’T SLEEP, the film screened on the first night of the Woche’s program.

This distinction between ideas and techniques expresses a penchant for the abstract and a fear of the concrete widely on display in the ensuing panel debate between the director himself and a cast of critics. In the debate, topics veered towards academic reflections on history, politics and gender thus leaving out purely formal, cinematic sensations.

This opens up several questions about the theme of aura and where it is located and created in cinematic works. Agüero’s film concerns itself with the body – both in its concrete and idealized form – of the mythologized former First Lady of Argentina, Eva Perón. Bundled together with LA FIN D’HOMÈRE, the short-film by Swiss director Zahra Vargas telling the story of a hunter ultimately dying from the stigma of having shot and killed a protected species, another sacred lifeform turned into an auratic corpse, the night certainly prompts the question “Wherein lies the aura of dead bodies?”.

The conversation, however, never tackled that question head on, thereby omitting a natural sequitur, the question of how and why these bodies must be filmed. The magnetic pull is evident. But the magic of magnets along with the magic of the interplay between light and shadows escapes us. As demonstrated by the answers given by Pablo Agüero and Zahra Vargas to the critics’ prompting questions, it’s the privilege of filmmakers to deny the audience any explanations of their works – presumably due to a fear of narrowing down the field of interpretation i.e. the aura of inexplicability. The critic, meanwhile, has the privilege to demand concretization and to revel in the rapture of precision. What is actually meant? But more importantly: What is actually seen and sensed?

As mentioned during the debate, any aura that happens to gracefully render our perception will always be anchored to a given object. But it’s the techniques adherent to the staging and depiction of the object that truly brings about the shimmer by which an auratic object stands out from a bland collection of things. In cinema this is known as an original practice exclusive to the art form, namely that of the mise-en-scène.

For a truly exhaustive debate on aura, it would seem that we need minute descriptions of the mise-en-scene on display in the films at hand – proving an effort to track and trace cinema’s auratic techniques. Not in order to reveal the banality of the magic trick but, on the contrary, to name and praise the techniques singular to the 7th art form and further discuss their deployment. To engage with the ways in which films, like the two screened on the first night of the Woche der Kritik, make the aura of cinema radiate through their own specific engagement with the medium.