An Exhibition of Seduction

Alexander Horwath: Film is itself a form of exhibition. Film is itself a successor of the novelistic, you could say. […] But it was also a successor of the forms of exhibition that the 19th century had developed. Each film is an exhibition, even if this might not be the most obvious way we think about films. […] And it is often seemingly not very conscious that it is an exhibiting machine. […]
[I don’t call] the institution I work in [the Austrian Film Museum] an “art institution”, even though it is, but it is not only that, which has to do with the fact that film is not only that but many more things. So I believe that a museum dedicated to this medium needs to be able to be in several ways art, and more than art and less than art or different than art.

Michael Salu: The difference is also partly about the relationship between the audience or the viewer and the art. Film has a kind of a different responsibility like a self generated responsibility because it creates a really strong vernacular that everybody is accustomed to. Whereas when you exhibit film in an art context, it is trying to do the opposite, it is trying to fight with that relationship and that is the key.

Alexander Horwath: […] Cinema seems to not be aware of itself being an exhibition, an exhibiting machine. Cinema is always seen as the disposition of something commercial for something mainstream. When we talk about going to the movies, going to the cinema, we think of it as the place where the lowest common denominator kind of moving images happen and I think history proves this notion wrong. […] So it necessitates us to think differently about the form of exhibiting film in a cinema. For me […] it’s the most normal thing […] to screen, to exhibit on a screen Lewis Klahr’s films, Jean Rouch’s films and James Cameron’s films, to pick three, at least two of the three are pretty random examples, in one and the same week, on one and the same day, in one and the same program. […] To a certain degree, a museum has the function of the transmitting or educating institution as well. To educate whoever becomes a viewer of this – or becomes a participant in such exhibition acts – that this is film and that there are ways and places where one can get rid of the various narrowed down or simple versions of the idea of film and cinema.

Philippe Grandrieux: Making movies is a movement that you first have in yourself and then with people around you. So you never know exactly how it begins […]. But you follow this movement inside of yourself. […] Cinema is not a question of executing something that you have written. […] It is another process when you shoot but the movement is still there, it is still the same and you have a strong connection with it.

Lewis Klahr: After decades of screening, what I can rely on is looking for people that [my collage work] really speaks to and matters to. Making work like this is not easy. When you take it out in the world, it often meets with hostility and misunderstanding, or just complete disinterest and boredom. So part of that is a defensive mechanism that I developed to be completely honest about it.

Pamela Pianezza: There is a narration [in Despite the Night], there are narrative elements, but I wouldn’t call it a narrative film. Very often, this categorization of film is used to oppose narrative films and films that are more sensorial or sensual. That are appealing to a different way of understanding. What interests me in your cinema is that what you are showing is what our eyes wouldn’t usually be able to see by themselves. Something we are rediscovering. That has nothing to do with narration, obviously. 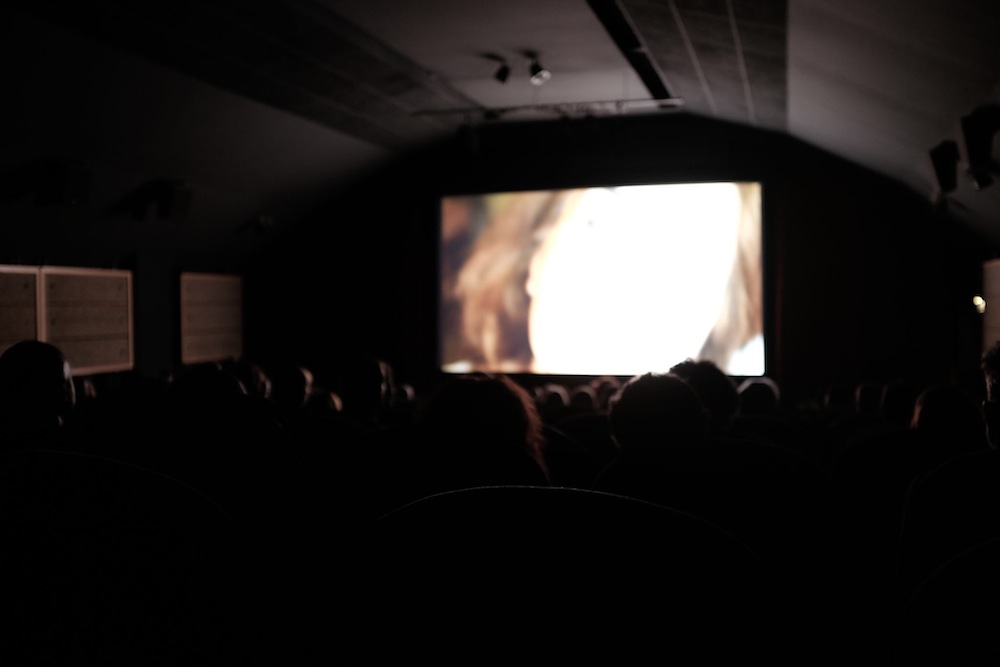 Philippe Grandrieux: That’s a huge compliment, in the best sense of the word. Maybe you know Jean Genets text about Van Gogh, where he says about Van Gogh that, after he first painted his sunflowers, sunflowers are not the same anymore. When you see sunflowers now, there is something of Van Gogh in them. I tried to develop a similar relationship to forms, to feelings, to affect. It is very difficult to reach, but it is important to try.

Marcus Stiglegger: […] Following the seduction theory of film, I see film in general as a medium of seduction. But not in a direct way, as most people will take it when they hear seduction. I would say it is a very complicated process. […] The first step for being seduced is that I have to have the wish to be seduced. And the first impulse is that I want to see that film. […] On another level, there are several strategies which were developed by many different tendencies of films and this is something very unique and what I really appreciate about the cinema of Philippe Grandrieux in general, because he manages not only to surprise, but to take you to a place where you never would want to go. […] Your life changes a little after watching a film like this. I always took the title of La Vie Nouvelle [The New Life] literally […]. I don’t want to sound too solemn, but I think seduction is a process where you take someone by the hand and you manipulate him to go to a place he doesn’t want to go to and in the end he finds himself there […]. And this is what the film does. […] I feel seduced by your films in a very complex and very confusing way. 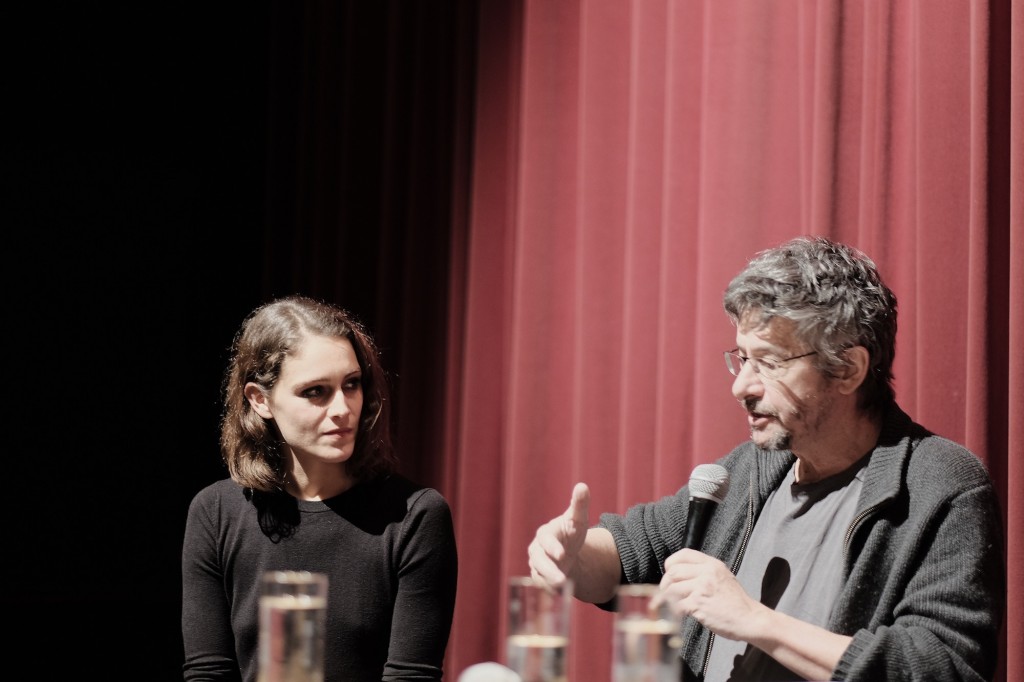 Philippe Grandrieux: All my movies are precisely scripted. But not in the sense of actions. For A Lake for instance, when he cut the tree at the beginning, I wrote scenes about the movement of his body, of the axe. How the tree vibrates. I wrote a lot about that.

Marcus Stiglegger: In these scenes you mainly see a loss of distance but not of intimacy. […] It is a kind of posthuman aspect in filmmaking which you represent, which is totally rare for me.

Philippe Grandrieux: I love animals, because they are what they are. Completely. A fish is a fish, it is not trying to be a cat.

Pamela Pianezza: It is hard to say it with words because it is something very intimate that we are talking about and […] I think it would be lazy to just give a random answer like: “I’m seduced when the movie is surprising me“, of course it does. But I’m seduced when, at least for several seconds, several minutes or even longer, I become something else. Which is a very disturbing feeling but sometimes I like it. This is my vision of being seduced.

Vorheriger Beitrag Mixing is Listening #2/16
Nächster Beitrag Blog #7/16 - In Kontexte gezwungen
Zurück zu den Beiträgen
By continuing to browse the site you are agreeing to our use of cookies.