Pamela Pianezza: Philippe Grandrieux said that questions of narrativity or non-narrativity are not that interesting, and that is absolutely true. But most of the people who finance cinema, who distribute films, want you to use keywords that they recognize. So to get your movie financed, when you ask for funds, you have to answer questions such as: Is it a documentary? Is it a fiction film? Sometimes that just doesn’t make sense, but you have to answer anyway. If you don’t fit in any of those boxes, you won’t get any money. […] I think that your cinema is refusing borders. The first time I felt that with [Sombre]. I realised that even the frame is a border that you don’t accept. And this is pretty audacious for a filmmaker. 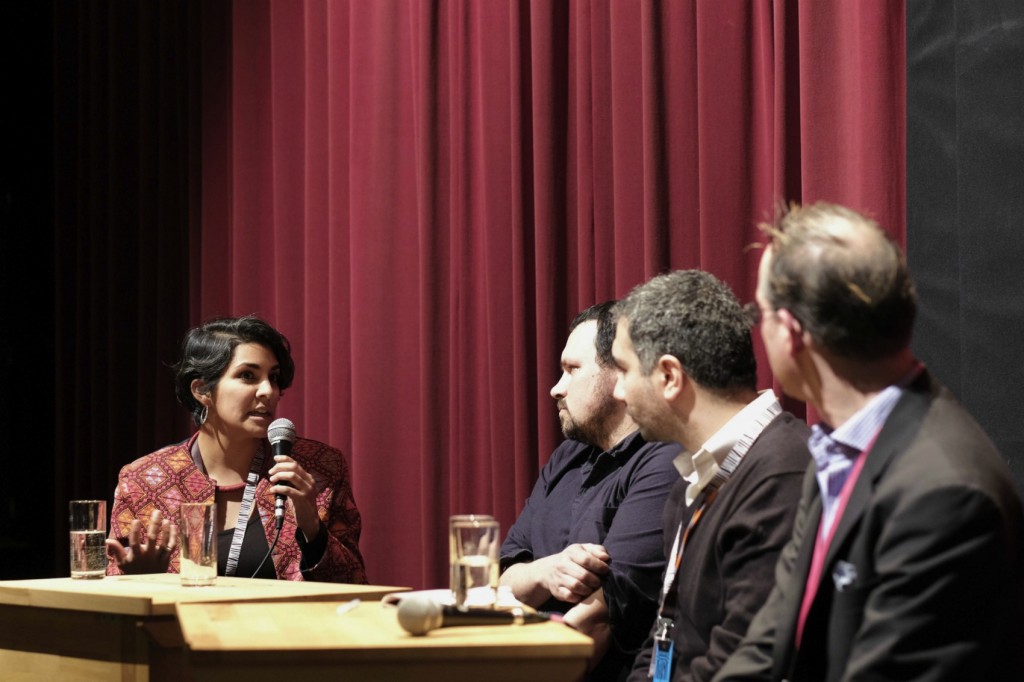 Heba Amin: Who is funding? […] This is very important. […] I want to respond to something that you said, which was that you feel very overwhelmed by this film [Coma]. I think that is a very positive thing. You should feel overwhelmed by this film because none of us can purport to say we know what it feels like to be in a war, if we’ve never experienced being in a war. For me it was a very difficult film to watch. I could never imagine being in that situation and as a result I feel like it is important for me to watch and to listen and to try to understand […]. Having said that, these voices are important and yes we do need to promote them. But if we are going to start talking about funding structures… This is a really important conversation because it is a very problematic structure. When you have predominately European or Western funding structures that are funding people in refugee camps or in war zones, ultimately they will create stories for a Western audience. That is incredibly problematic and something we need to try to avoid at all cost. I’m not saying that I have the solution for that. […] For me, as an artist from the region, I try to avoid those funding structures so that I can keep myself open. But it is not always easy and sometimes you do have to depend on them.

Joseph Fahim: The very first time I have seen this film [Coma], I talked to an Arab friend about it. He was quite dismissive. His comment was: This is not the best way to represent the war. This is targeted on the upper middle class. What he was trying to get at is that according to him and according to some people, there is a more valid way to represent a war. There isn’t. Still, this movie is quite atypical compared to most movies that came out of the Syrian conflict so far.
My first question is: Is there indeed a more valid, more fruitful or more functional way to depict war?

Heba Amin: Whose war? And whose experiences? Who has the right to this narrative? I find that statement kind of astounding. This is a very personal experience. I can’t even fathom there being one way or the right way to depict such a horrific and anxiety-ridden experience that everybody experiences very differently. What this film does is that it portraits a very intimate experience, an internal experience, that the director actually releases quite successfully. A reminder that, even with war, there is everyday life as well, there is also normality. 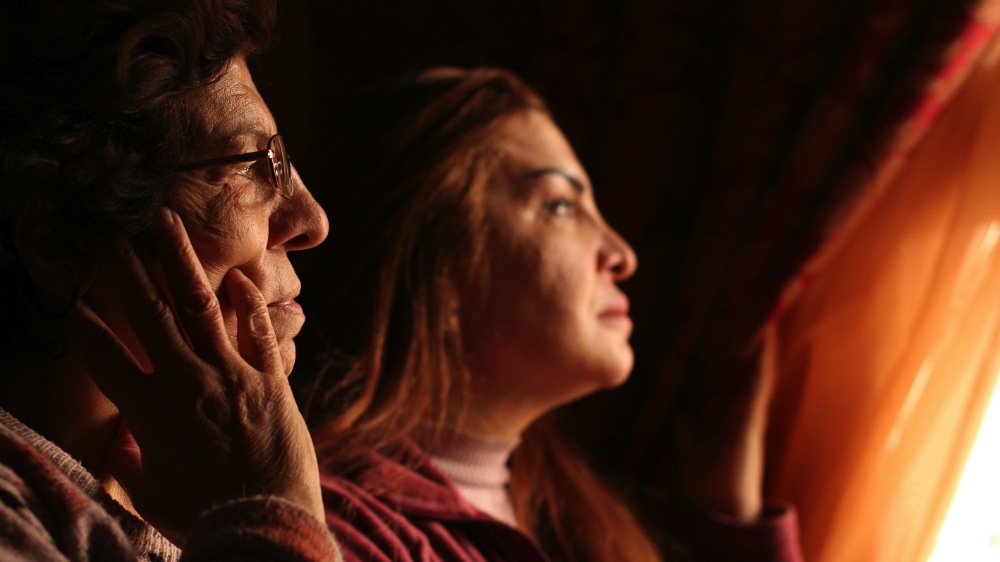 Jay Weissberg: I think we have a problem in general with the idea in Western cinema that there is only one valid narrative, and this narrative tends to be a middle class director looking at poverty. We have got to break this idea and acclaim that there are valid voices no matter what somebody’s class is, no matter what somebody’s background is.
I reject that idea that this is somehow not a valid representation of the war, when the war is, as you were saying, experienced by everyone very deeply and very personally. But what is interesting is: In conversation with the director [Sara Fattahi], who unfortunately can’t be here tonight, she has been arguing against the idea that this is a very personal film about her family. Her argument is that this is what happens in Syria in general. It happens to be her mother and grandmother. […] But it could be any mother and daughter in Damascus, in Aleppo, in Homs, at this time.

Heba Amin: Especially Arab film […] is directly correlated to the media image. We are so bombarded with the media image that we now no longer know how to process images without keeping the media image in mind. That is reinforced in the types of films that are being made and in the types of films that particularly European festivals are choosing. It is this kind of exoticized, politicized narratives. But that then speaks very powerfully about these images that we saw today. And I think one could argue that these kinds of films now have become even more powerful in juxtaposition to the kind of image that we are seeing on a daily basis. It is a sort of reminder; it is something that we know is there. We know that there are these internal struggles, these personal struggles. And yet we don’t see them, because we see those exoticized, inhuman images, the dead bodies, the mass killings. Perhaps there is something to be said about making these quieter films that are in juxtaposition to the media image. […] For me somehow, they have become more powerful.

Karel Och: I’m not a film theoretician and I am trying to kill the film critic in myself, otherwise I wouldn’t be able to be a film festival organizer. So, I was facing something I have never seen before. I come from a country where we had filmmakers in the past who were unable to show their films. I don’t remember that any of them ever took this creative path [of Igor Minaev] after he or she could show their films and rework it in a similar manner. 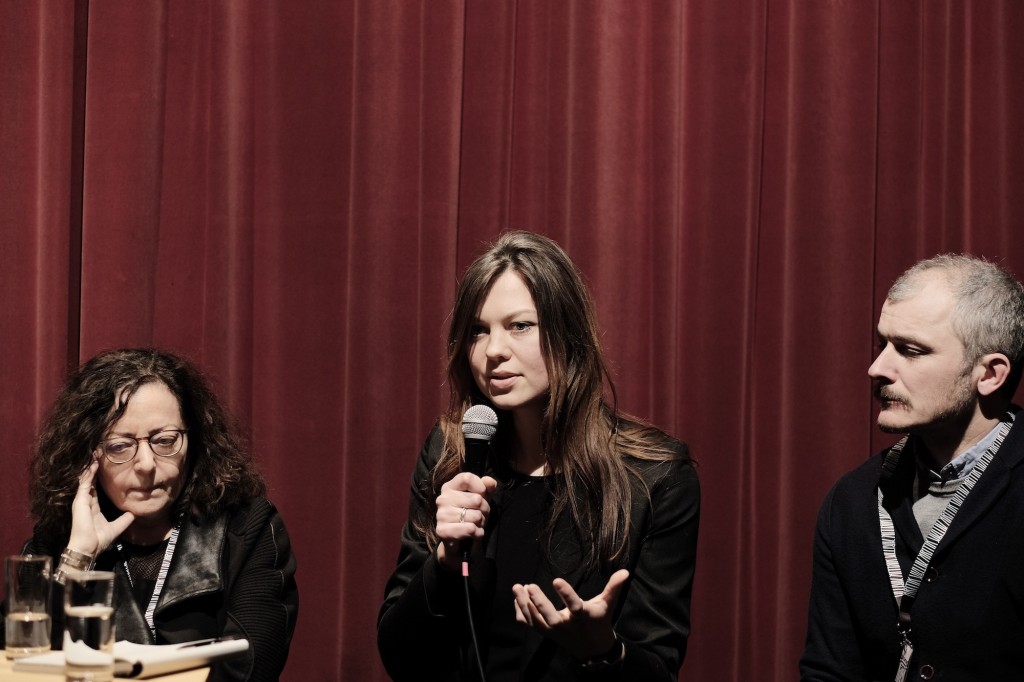 Ilona Jurkonyte: What can we do with those films, which were lost, destroyed, which can potentially be discovered? There are also films which were not destroyed, which are kept somewhere in archives. But they were so far away from the possibility of entering the canon and now they are distanced by time. So it is currently very difficult to tackle them, to understand them, and to do justice to them. I found the strategy of [Minaev] pretty fascinating and interesting. It is a unique case. However, there are still so many films which have been behind bars and which missed their moment [in time].

Igor Minaev: Films are made to be shown. And if these films are never released, they are dead films. And not only are these films dead, there are also years and years that we spend making those films, years of our lives that are completely obliterated.

Heba Amin: I noticed that Sara produced this film [Coma]. And that is really important to know. Because that means she ultimately made the film that she wanted to make and that’s something we should really embrace and celebrate.
Jay Weissberg: That is a form of Power.

Michael Hack: [Cosmos] can be seen as an act of resistance, a unique creation in a time when what we see becomes ever more formatted. Would you say that this kind of fantastic world is becoming a rarity today?

Cintia Gil: The fantastic in general is not that rare. But in the sense that the film plays with cinematographic language in a way that it builds a world and reflects its own world-building, it is. Just a little detail, but I think it is important: The place where the film was shot, Sintra, is a completely artificial landscape that was created by the king some centuries ago, with trees from all over the world. The idea was to build a cosmos, a sample of the world in one place. So it is a very particular environment, in which Polanski shot The Ninth Gate as well. It has got a tradition of mystification and witchery, they say. 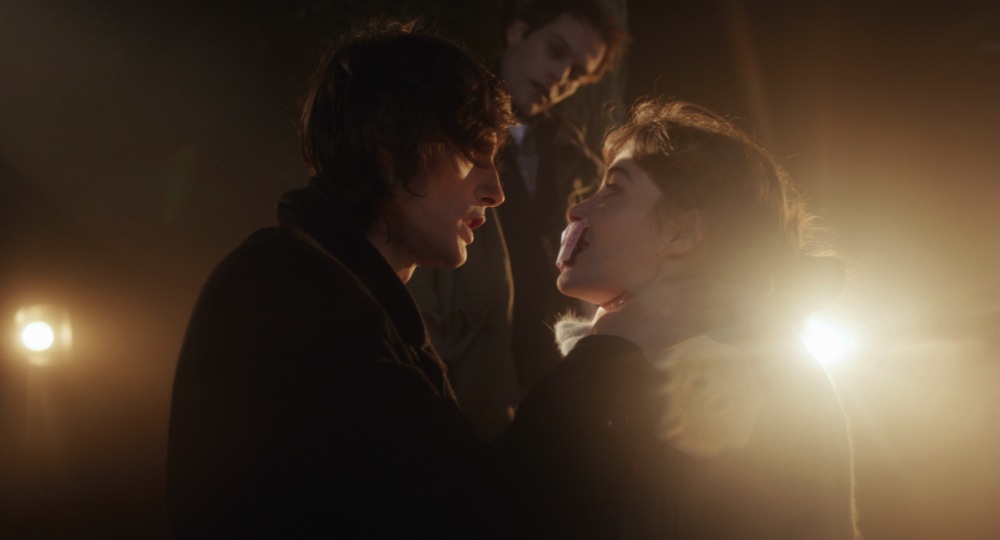 Michael Salu: Lewis, I was seeing your film [Sixty Six] almost like it was a psycho-geographic map of Los Angeles. For me there is a very strong semiotic underpinning to everything that I make. It is always about taking information, taking coded images and then recoding them, reimagining them. It is principally taking elements of history, and then you are drawing outlines, creating your own shapes within them, it is a continuous appropriation. I think it is also a cultural shift, something that is part of our own language anyway, we all do it. We have understood imagery in quite a sophisticated manner now. Even if we haven’t articulated it that way, just from the basis of how we use memes and so on. 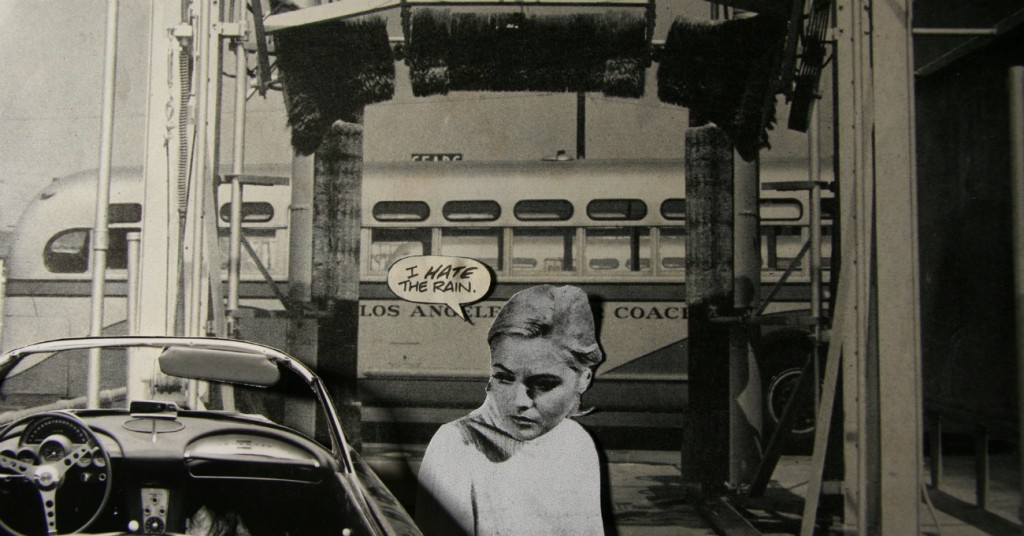